About Paul Childers: Blending pop, R&B, and soul, Paul Childers is leading a new breed of singer/songwriters and guitarists. Hailing from Nashville, he finds a way to blur the lines cast between Stevie Ray Vaughan and Hendrix styles of guitar playing, a Motown rhythm section, and pop vocal melodies.

Childers was selected by Acmeville Records as the debut artist on their label, which features live recordings from the Nashville music hotspot. Touring nationally and internationally since 2017, Childers has opened for Vince Gill and Robert Cray, Leann Rimes, and has played the guitars of Chuck Berry, B.B. King, Stevie Ray Vaughan, and Jimi Hendrix in tribute.

About Eric Erdman: Eric’s passion for and knowledge of music grew throughout his high school and college years. After graduating from the University of South Alabama with a B.S. in Statistics, Eric continued to pursue his music career, forming the funk rock band The Ugli Stick. The group recorded four albums and toured worldwide for years with Eric as front man.

Soon Eric joined the writing staff in Muscles Shoals at legendary Fame Studios, where he not only met and impressed producer Jimmy Nutt, but also soaked up inspiration from the history and roots of the small north Alabama town known as “The Hit Recording Capital of the World.”

Smart lyrics, gorgeous melodies, soulful ballads: Eric’s range transcends genre. As a guitarist, Eric’s mastery and versatility has him touring with world class acts like the Buddy Rich Band, Kristy Lee, Nadirah Shakoor. Besides his own singer/songwriter credentials, Eric produces projects for other artists as well. 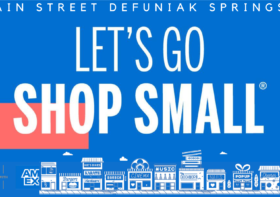